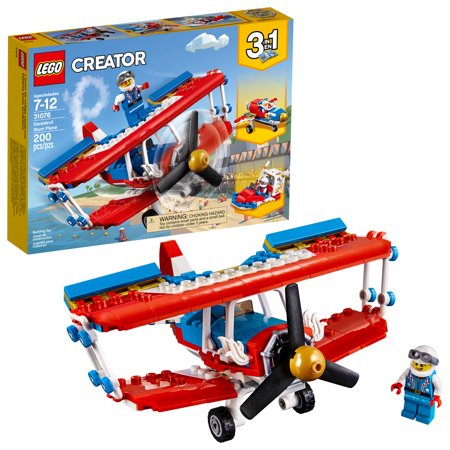 What I love: Of all the Lego kits, these tend to run on the inexpensive side. I have purchased a lot of these for my son, who is now 11 and still loves Legos, to keep him busy and off technology. It’s nice to get three different projects in one because he builds them very quickly. This last set I have him was the Daredevil Stunt Plane. He loves EVERYTHING about planes, but he thought it was even more cool that it also turns into a rocket car and rocket boat. It comes with a stuntman minifigure, plus a safety helmet and goggles. I checked and this set ($15.99) is only $8 more than just buying a pilot minifigure! Plus, there are 24 other 3-1 sets, including:

What I’d change: I’d love to see more people of color represented in the minifigures. So far, all the sets I’ve purchased have come with white people. At least some have female characters and dogs!